Enzymes are only present in very small amounts in cells but this is all that is needed. Because each enzyme speeds up a reaction by many orders of magnitude, the activity of an enzyme is measured as the molecular activity, also known as the turnover number. This is the number of molecules of reactants (substrate) transformed per minute by a single enzyme molecule. For example catalase is an enzyme found in the liver and in potatoes. It catalyses the breakdown of hydrogen peroxide to oxygen and water.

Enzymes are such efficient catalysts that they generally speed up reactions by a factor of 108 – 1026 over the uncatalysed rate of reaction. However the rates of enzyme controlled reactions are affected by a number of different factors. In most cases the effect of a factor on the rate of the reaction is due to its influence on the active site. 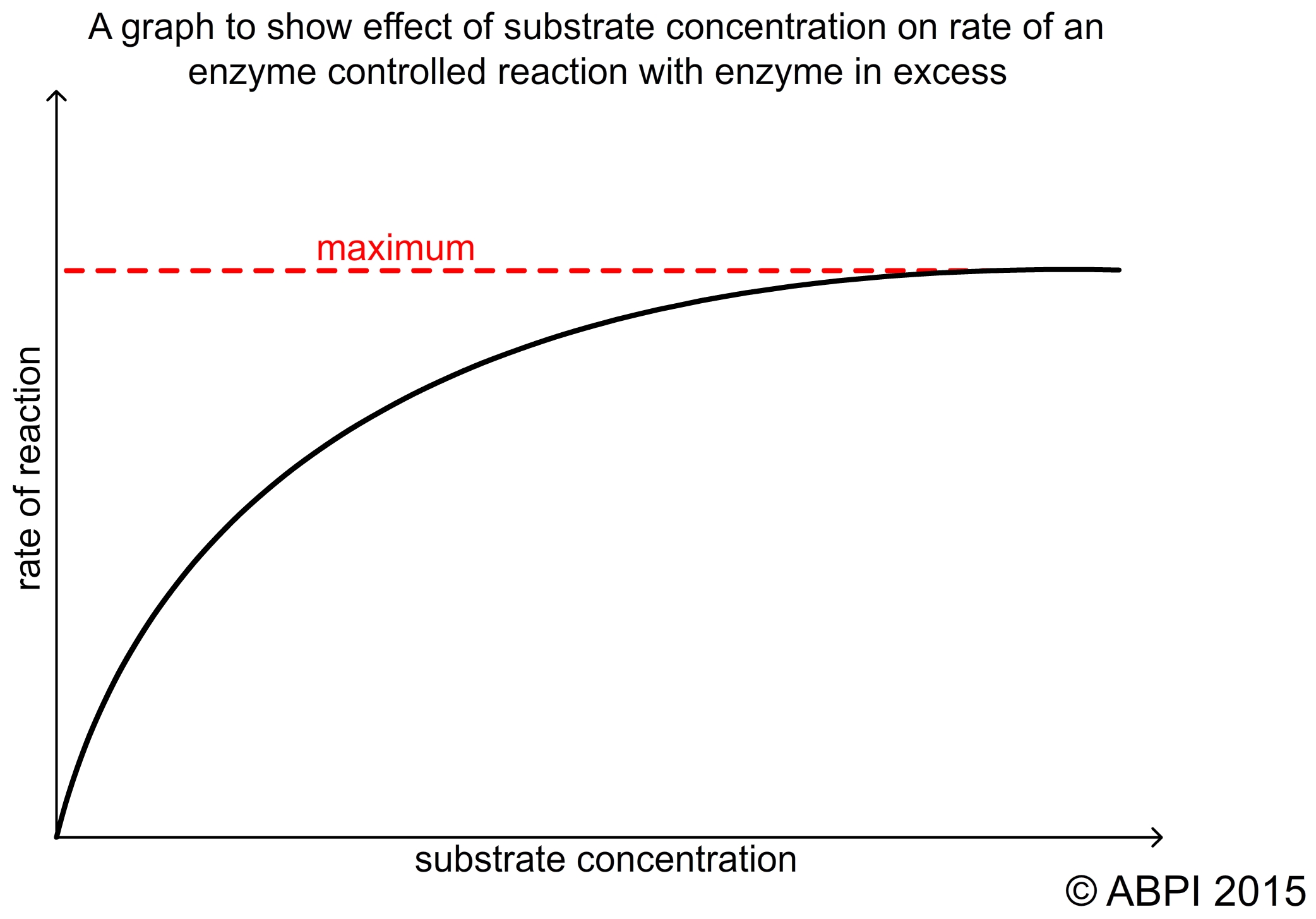 In many reactions Q10 remains around two as the temperature continues to rise. But in most enzyme controlled reactions, once the temperature rises above 40°C the rate of reaction falls away rapidly and stops. 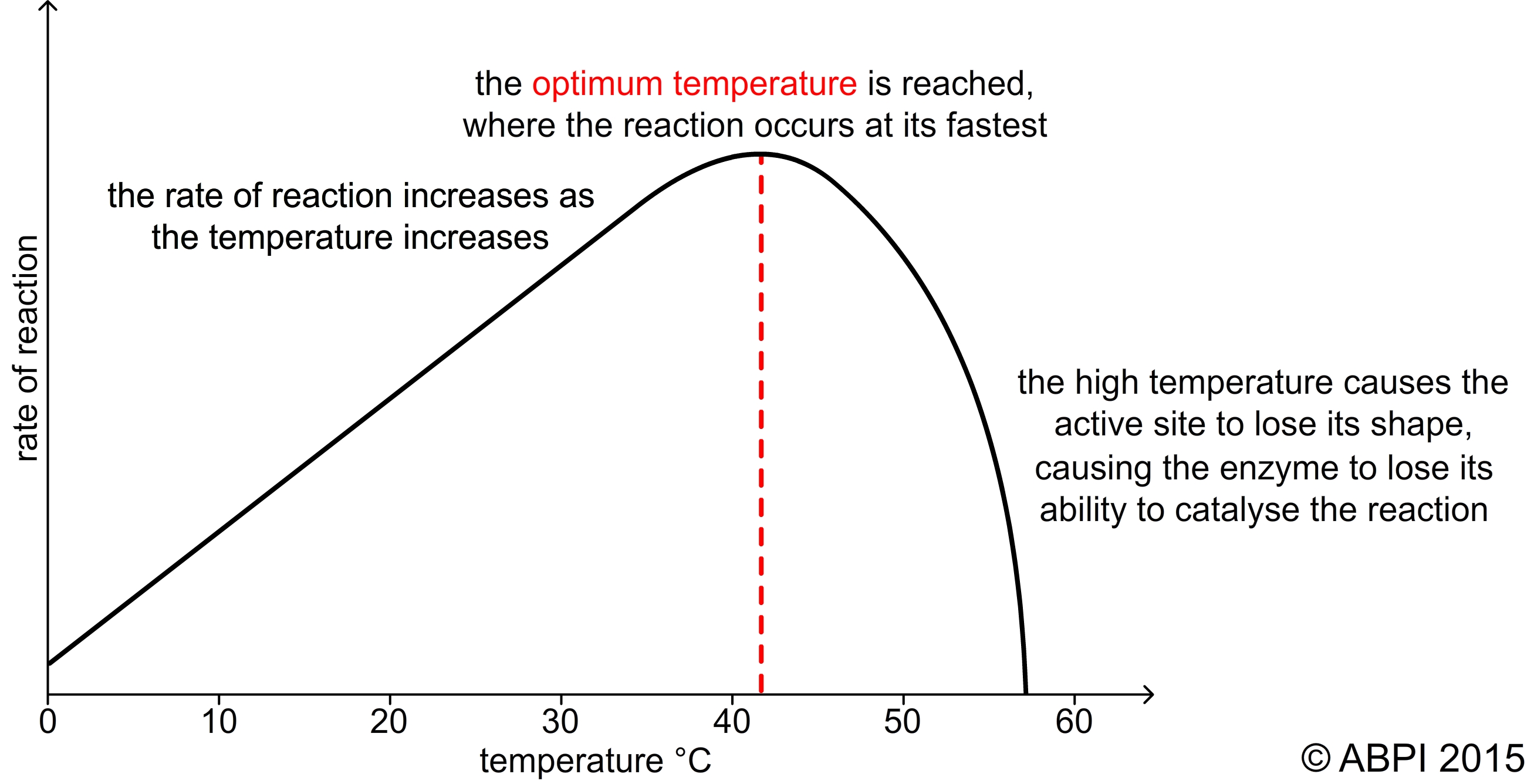 The effect of temperature on an enzyme controlled reaction

The pH of the environment has a major effect on the rate of enzyme controlled reactions. The intermolecular bonds – particularly the hydrogen bonds – that maintain the tertiary structure and the active site are very vulnerable to changes in hydrogen ion concentration. Each enzyme has an optimum pH at which it works at its optimum rate. A change in pH causes a change in the shape of the active site. It is not so easy for the reactants to fit in and bind to the active site. The activity of the enzyme is reduced and the rate of reaction slows. If the change is too great, the substrate will not be able to bind to the active site at all and the enzyme can no longer catalyse the reaction. In most cases the activity of the enzyme is restored as the pH returns to its optimum level.

Graphs to show effect of pH on the rate of enzyme-controlled reactions.

Everything we know about the structure of enzymes tells us that they cannot work in extremes of temperature, in extremes of pH, or in any conditions such as very salty water that would affect the molecular structure of the protein and the shape of the active site.

However living organisms – and the enzymes that enable them to function – have been found in hot springs with water close to boiling point, deep within ice, in extreme salinity (such as some of the small ponds in places such as Death Valley in the USA) and in a wide range of environments with different pHs. Scientists are investigating these extremophile enzymes – not least as they may have many industrial applications (see Enzymes in industry). The proteins have evolved with very high numbers of hydrogen, disulphide and covalent bonds, giving them unusually stable structures that seem to be able to withstand the extremes where they live.

In hot springs, salty pools and ice, the enzymes of extremophiles continue to function.

How do enzymes work?