Some people cannot control their blood sugar level within the normal body limits. This can cause all sorts of problems for the body - but fortunately there are medicines that can help.

Type 1 diabetes develops when the body does not produce the right amount of insulin or, in some cases, does not produce any at all. It usually develops fairly early in childhood or adolescence and there are around 300,000 sufferers at present in the UK. This type of diabetes must be treated with daily injections of insulin. People affected also need to manage their diet, eat regularly and plan exercise carefully to balance their energy needs with their food and insulin intake. Before the development of insulin as a medicine, type 1 diabetes was usually fatal. Now it can be well managed and controlled. 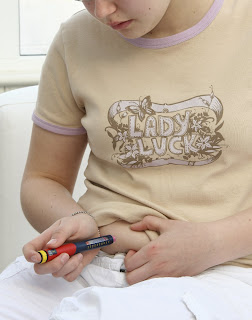 People with type 1 diabetes have to monitor their blood sugar levels and inject insulin several times a day. 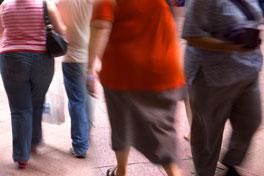 As the numbers of overweight people in the population increase, the number of relatively young people developing type 2 diabetes is also going up.

Type 2 diabetes usually develops in older people, often over 40 and overweight. In type 2 diabetes the pancreas does produce insulin but cells stop responding properly to the insulin. There are almost 3 million sufferers of type 2 diabetes in the UK at present and the number is growing. Type 2 diabetes is often linked to obesity and lack of exercise and taking more exercise, losing weight and eating a carefully balanced diet can often control or even reverse type 2 diabetes. However for some people oral drugs and even injections of insulin may be needed.

You can learn more about diabetes in the Diabetes topic resource.

At one time, insulin needed for diabetics was extracted from the pancreases of slaughtered pigs (and sometimes cows). The amount of insulin available for treating people with diabetes varied with the number of animals slaughtered for meat. It was not exactly the same as human insulin either, which caused problems for some people.

In recent years the number of people with diabetes has risen. However scientists used a process called genetic engineering to make sure there is enough insulin for everyone who needs it. Now diabetes is treated using human insulin made not by humans but by bacteria! The insulin produced by genetic engineering is identical to human insulin which is an added advantage of this process.