One of the main problems with cloning is due to a naturally occurring complex process called epigenetics. Epigenetics controls differentiation, it results in changes in the genes expressed (producing proteins) in a cell or organism. Of the 20-25,000 genes that we possess, only 10-20,000 are expressed at any one time. Also as a result of epigenetics, we can produce far more proteins than we have genes. The most common way in which gene expression is controlled is by switching the transcription of specific genes on or off in the nucleus. This is brought about by transcription factors – proteins which bind to the DNA in the nucleus and affect the process of transcribing the genetic material. Some transcription factors bind to the DNA in a promotor region and simply start the transcription of the gene. Others make a particular gene more or less available for transcription, effectively switching genes on or off. The DNA sequence itself is not altered by this process – it occurs because specific compounds become attached to a section of DNA thereby ‘silencing’ or ‘activating’ it. The DNA may be methylated or demethylated directly, or the coiling of the histones (part of the chromosome structure) may be changed by having acetyl or methyl groups attached. Much of the RNA produced when the DNA code is transcribed is non-coding – it doesn’t code for a specific protein. But this non-coding RNA (ncRNA) affects the proteins which are made. When changes are made to the ncRNA, the proteins produced are also modified. At least some of these changes can be reversed – but as they are complicated and not fully understood, it is hard for scientists to do this.

SCNT in reproductive and therapeutic cloning involves using a nucleus that has undergone epigenetic-controlled differentiation. If these epigenetic changes cannot be properly reversed then the cell cannot be ‘reprogrammed’ or undifferentiated and cloning is likely to fail altogether or result in an organism with health problems. Reproductive cloning results in the birth of an organism that develops into an adult: this process has many steps where something can go wrong and therefore is likely to emphasise any epigenetic problems more than therapeutic cloning does. Embryonic cell nuclear transfer and artificial twinning are much less likely to have epigenetic problems because they do not use a previously fully differentiated nucleus.

The first cloned cat to be produced was called Carbon Copy, or CC for short. Even though she had exactly the same genetic material as her genetic mother (called Rainbow), she looked different because of a process called X-inactivation, a type of epigenetic control that occurs in female mammals. Female mammals have two X chromosomes, but they only need the genetic material from one of these. One entire X chromosome is switched off in each cell by ncRNA, which coats one of the X chromosomes and deactivates it. This switching off is entirely random so that different X chromosomes are switched off in different cells.

This inactivation occurs fairly early in development, and so cells with the same inactivation pattern are often found clustered together in adults because they are descended from one already X-inactivated cell. In cats, some coat colour genes are located on the X chromosomes. Rainbow and CC both had the same genetic material which coded for different coat colours on each of their X chromosomes. CC was cloned from a cell in which the X chromosome carrying the gene for orange colouring was switched off and it appears it was not switched on again. 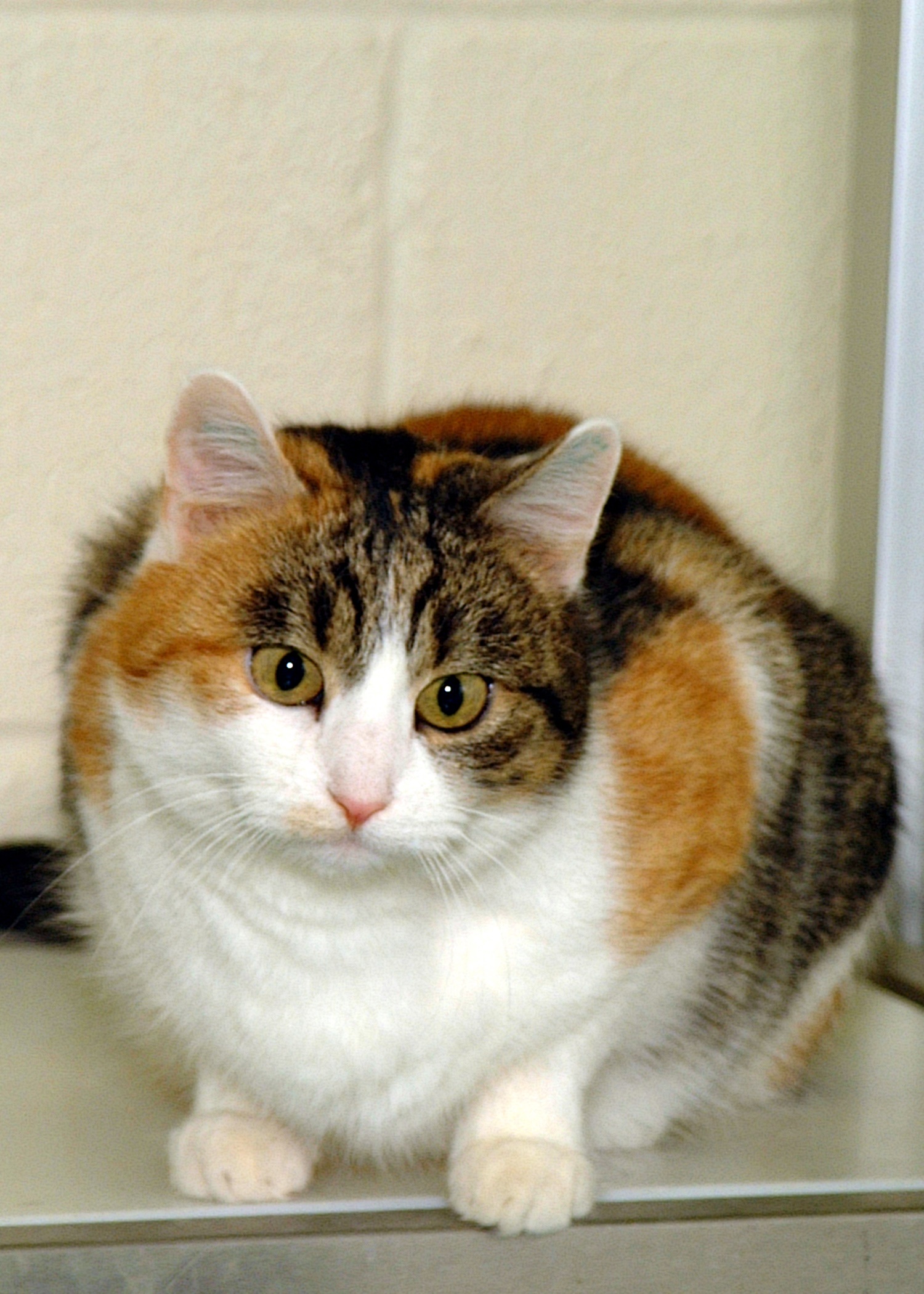 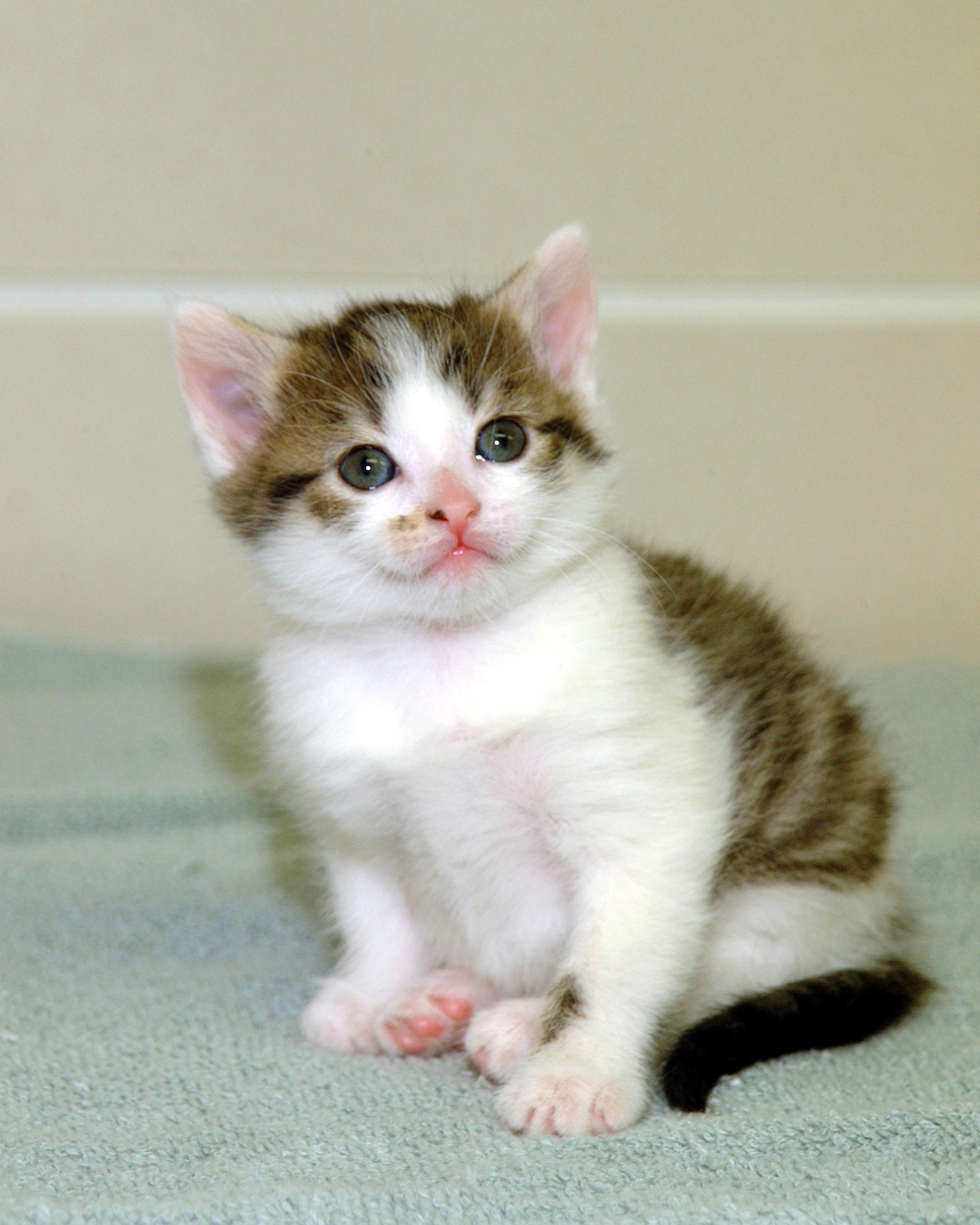 Rainbow (left) and CC, her clone (right). Genetically they are identical but thanks to the presence of cat coat
colour genes on the X chromosome, and random X inactivation, they look very different.

Nuclear transfer is a very inefficient process: the donor egg nucleus must be removed without damaging the rest of the cell, and the donor nucleus removed from this cell and transferred into the egg without damaging it, which is not easy. It is even more inefficient if the embryo is then implanted into a surrogate mother as in many instances the embryo does not implant or miscarries. The fact that Dolly the sheep was even born was an achievement: 277 cells were taken from Dolly’s ‘genetic mother’, which were fused with 277 eggs. Only 29 of these formed viable reconstructed embryos which could be implanted into surrogate mothers. Of those 29 early embryos, only one developed into a sheep: Dolly.

As reproductive cloning becomes more common, scientists are able to practice their techniques and so cloning is becoming more efficient. The first attempt to clone the endangered grey wolf at Seoul National University in South Korea lead to the birth of just two live females called Snuwolf and Snuwolffy in 2005. Once they had established the method to use, the scientists were able to more efficiently produce a further three wolves just three years later.

In the UK, it is illegal to place a human embryo, which hasn’t been created by fertilisation or has had its DNA altered, in a woman – with the exception of mitochondrial donation. At the moment, no artificial womb exists that is capable of supporting a developing embryo for nine months from its creation – so it is effectively illegal in the UK to create a human reproductive clone.

Reproductive cloning in humans would not be very efficient or effective if it were carried out. It can be seen from Dolly the sheep how many eggs were required to generate one healthy adult sheep. The number of human eggs wasted, the probability of the embryo not properly implanting in the uterus, miscarriage, and the possibility of babies being born with genetic abnormalities are so high that this work is prohibited by good scientific judgement as well as by law. 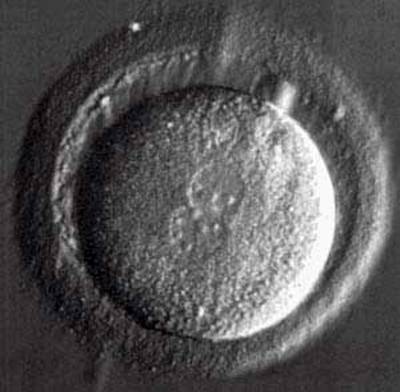 An egg which has just been fertilised, with two pronuclei just visible in the centre.

Many people noted that Dolly died when she was six years old. This is half the average lifespan for a sheep, but is not particularly unusual because Dolly had a severe lung problems caused by a virus. What was unusual were some of Dolly’s health problems (such as arthritis) which aren’t usually seen in sheep – especially of her age. Dolly’s genetic mother was six years old herself when her somatic cells from which Dolly was cloned were removed: does this mean Dolly was effectively 12 years old (a good age for a sheep) when she died?

As you age, your DNA is replicated each time your cells divide. The full length of the chromosome is replicated but the primer at the very end of the section-copied strand can’t be correctly joined up to the rest of the strand, so it is degraded and the DNA is shortened. This generally isn’t a problem because the section at the end of a DNA strand, called a telomere, doesn’t contain any genes. Over the many cell divisions that take throughout your lifetime, however, the telomere can shorten so much it disappears altogether and so sections of DNA containing important genes are lost. Telomere shortening is thought to be linked to ageing; once the telomeres are lost altogether, important genetic material is damaged and this might be the reason for some of the severe health problems that are seen in older people. 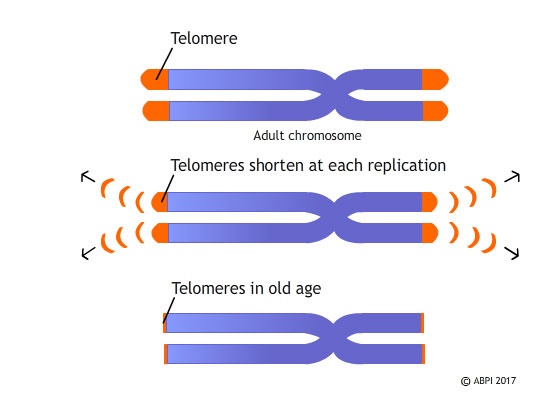 Telomeres are distinctive structures which are found at the end of our chromosomes, made up of a short, repeating sequences of DNA bases. They protect the ends of the chromosomes and every time a cell divides, the telomeres are shortened, losing between 25-200 bases. When the telomeres get too short, it triggers cell death.

However, this isn’t a problem that is seen in all cloned animals – in fact, Dolly seems to be the exception, so perhaps this phenomenon wasn’t a result of cloning after all. CC, the first cloned cat, is still alive at 16 years old and has been normal and healthy throughout. After SCNT, the telomeres of most cloned cells are restored to their full, or near their full, length – in the very few cases where the telomeres are not sufficiently restored, the animal does show health problems or may even die before it is born. This problem only really affects reproductive cloning by SCNT: reproductive cloning using ECNT and artificial twinning both use ‘young’ cells where the telomeres are nearly full length and so it doesn’t matter if they are not fully restored. In therapeutic cloning using SCNT, the cloned cells are not kept long enough to divide many times, so it does not matter if the telomeres are not restored because they will not be shortened by much more. 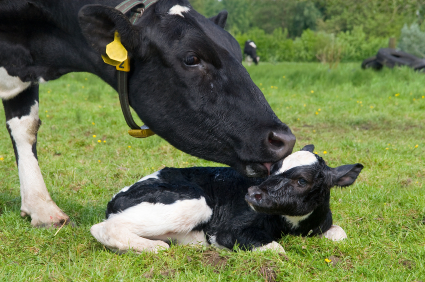 If the foetus is too big it can cause problems for both mother and offspring.

Large offspring syndrome (LOS) is a condition which can occur in mammals at any time. It is more common, however, in animals produced by assisted reproduction - a term which includes techniques such as embryo transfer, artificial insemination and IVF as well as reproductive cloning. In this disorder, the cloned foetus carried by the surrogate mother is unusually large, and may have some additional health problems such as breathing and circulation difficulties caused by abnormally large organs. This not only affects the health of the clone - the large size of the foetus can cause problems in late pregnancy and birth for the surrogate mother.

Any surrogate carrying a clone is monitored so medical help (such as caesarean sections) is on hand to overcome these problems. Although an animal can have severely affected health at birth, in most cases it is of normal size and healthy within a few months; its own offspring (if normally reproduced) are no more likely to have LOS than 'ordinary' animals. No one knows exactly why LOS occurs – apart from the fact that manipulation of the embryo makes it more likely – but there are several plausible theories.