The most important function of physical digestion is to increase the surface area of the food you eat. This makes it easier for enzymes to act on the large insoluble food molecules and break them down into small soluble ones.

The lock and key model

The lock and key model of how enzymes work.

The effect of temperature and pH on enzyme action

Enzymes are affected by anything which changes the shape of the active site. Temperature and pH can both affect the active site and so alter the activity of the enzyme. 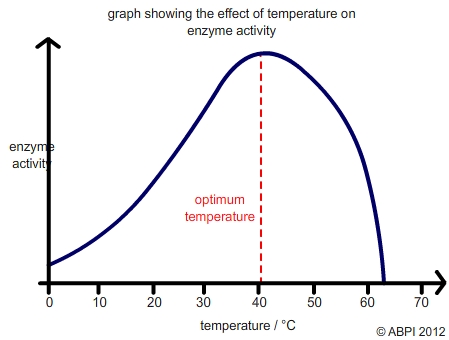 The effect of temperature on enzyme action 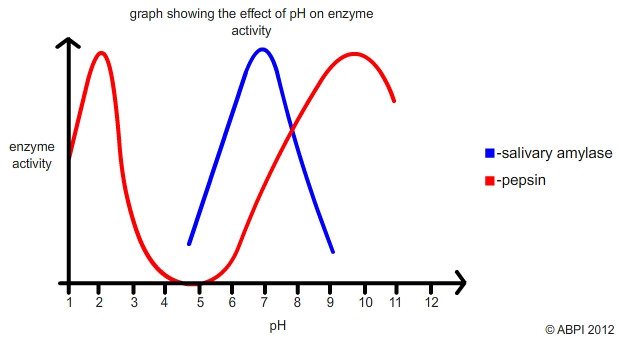 The effect of pH on enzyme action

The production of enzymes

Enzymes are named according to the type of food molecule that they break down. This is fairly logical but sometimes you may find older names like amylase (carbohydrase), pepsin and trypsin (protease).

The production of stomach acid

The stomach is a very harsh environment. Specialised cells in the stomach wall produce large amounts of hydrochloric acid and this means that the stomach is about pH 2. The low pH provides an environment that allows the protease enzyme pepsin to be active. This starts the digestion of proteins as the food is churned around in the stomach.

The acid in the stomach also helps to kill any bacteria that may be on the food. It is not foolproof though because some microorganisms that cause food poisoning are adapted to be able to survive in the stomach acids.

The acid can sometimes cause stomach ulcers if the protective layer on the inside of the stomach wall is damaged.

The production of alkaline bile

Bile is produced in the liver and stored in the gall bladder. As food leaves the stomach, bile is squirted along the bile duct and into the duodenum. It is extremely important as it helps to neutralise the acidic contents of the stomach as they enter the top of the small intestine. This prevents the acid from damaging the small intestine which is kept at a pH of about 7.4 (just slightly alkaline). This is the optimum pH for the carbohydrases, proteases and lipases made in the pancreas and in the small intestine itself to work. 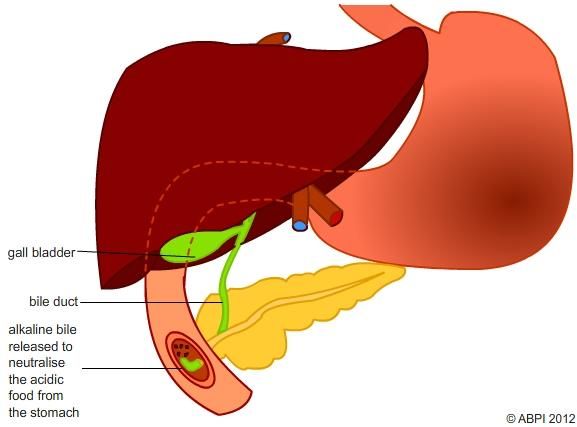 Alkaline bile raises the pH of the acidic stomach contents when they come into the small intestine.

The digestive system in action