When cells divide by mitosis the number of chromosomes in both the daughter cells is the same as in the original parent cell. 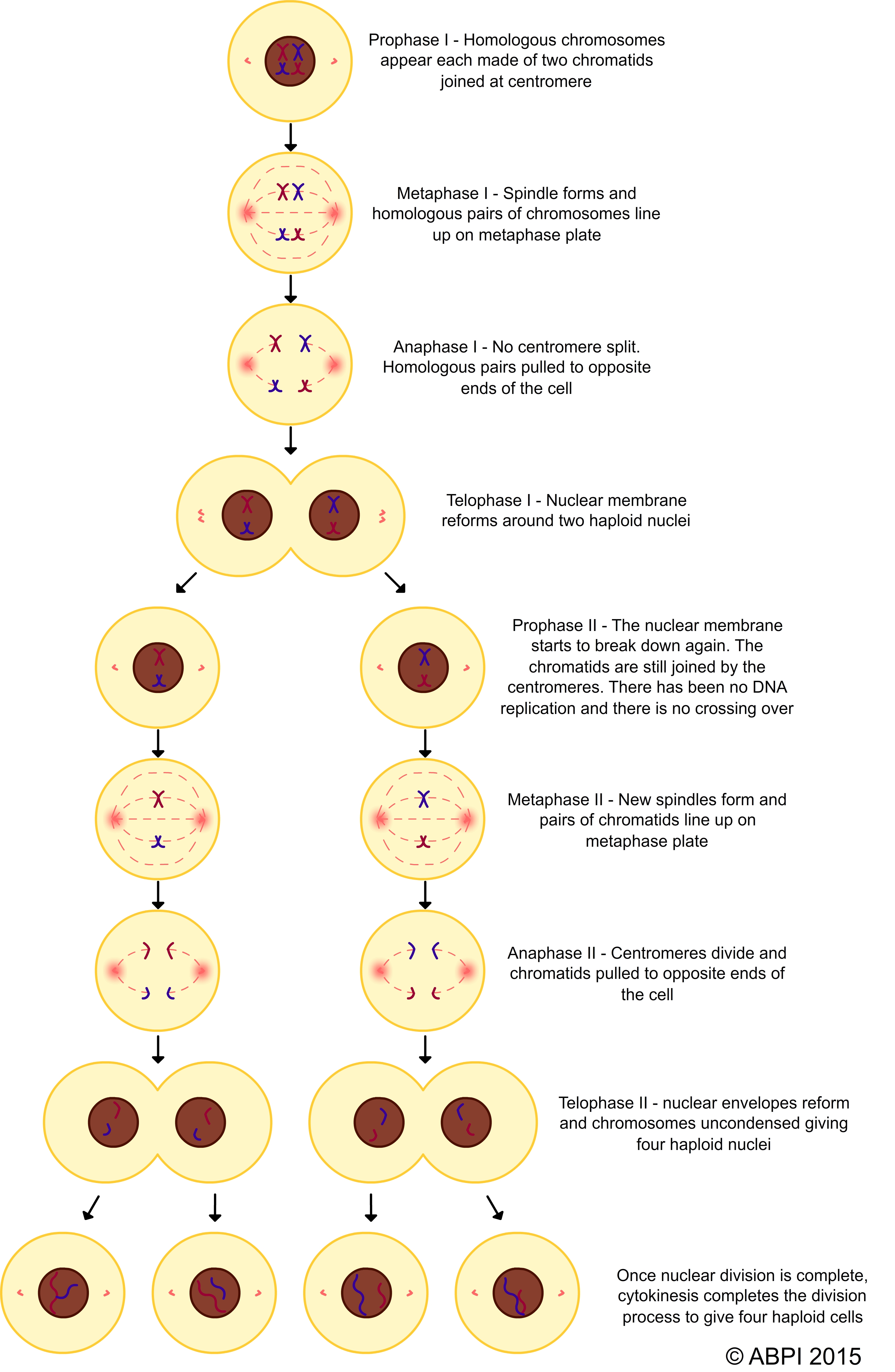 When the gametes (sex cells) are formed the chromosome number needs to be halved. The nuclei of the gametes must be haploid so that when they join in fertilisation, the new zygote has a full diploid set of chromosomes. Gametes result from a different form of cell division known as meiosis. Meiosis only takes place in the sex organs. It is very important biologically – as you will see it is the basis of the variation that allows species to evolve.

In meiosis, as in mitosis, the contents of the cell, and in particular the DNA, are replicated while the cell is in interphase. Once the cell has all the materials it needs it can enter meiosis.

In meiosis both members of each chromosome pair (the homologous chromosomes) stay close together when they have formed chromatids, making a four chromatid unit. This is when crossing over or recombination takes place (see below). The centromeres do not split in the first division of meiosis, so pairs of chromatids move to the opposite ends of the cell which may then go into a second division without any further replication of the chromosomes. This division is just like mitosis. Cytokinesis gives four haploid daughter cells, each with half the chromosome number of the original parent cell, and each nucleus is different to the others. These are the cells that develop into gametes.

Once meiosis starts it is a continuous process – you can see this if you run the animation below through without pauses. However to make it easier to understand, we usually describe it in stages.

Once meiosis in the nucleus is completed, cytokinesis takes place. This gives four haploid cells, each containing a different combination of alleles. These daughter cells will form the gametes through the process of gametogenesis. 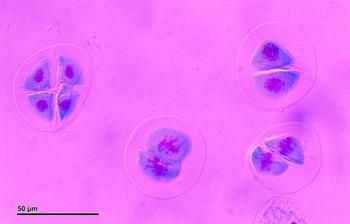 The process of Meiosis

The process of Meiosis

The four haploid daughter cells all contain a different combination of genetic material. This variation is vital to natural selection and survival. There are two main mechanisms that generate this variety:

2. Crossing over (recombination) takes place during prophase 1 of meiosis, when there are four chromatids lying close together. Large multi-enzyme complexes chop up and rejoin bits of the maternal and paternal chromosomes in a random way. These break points are called chiasmata. They add considerable genetic variation by changing the combination of the alleles on two of the chromatids.