Deoxyribose nucleic acid (DNA) is widely known as the compound which stores and transmits genetic information – it carries the instructions for life itself. Ribose nucleic acid (RNA) is the molecule needed to translate the messages from the DNA into the chemicals needed to build and maintain life. They are the nucleic acids.

DNA and RNA are both macromolecules and polymers of single units known as nucleotides. The single units are very similar in structure to ATP. A nucleotide is made up of:

The three parts of the molecule are joined together by condensation reactions. 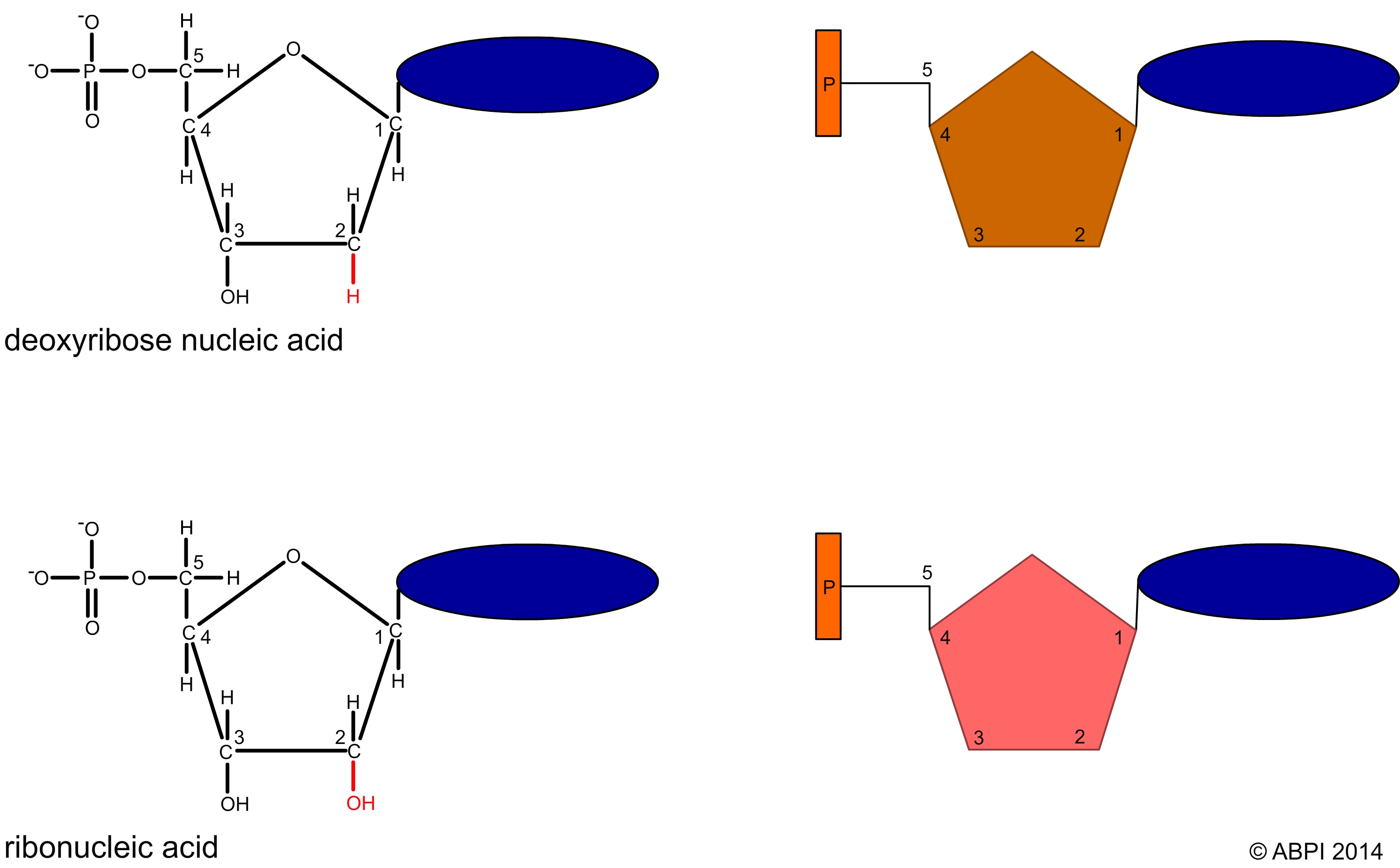 The structure of a nucleotide

Polynucleotides are built up of long chains of nucleotide units held together by phosphodiester bonds.

RNA molecules are single strands which may consist of hundreds of nucleotides joined together. RNA molecules may remain as a long strand or be folded into a number of shapes to carry out different functions within the cell.

DNA molecules form double strands which twist together to form a double helix. The two strands run in the opposite direction to each other. One is the 5’ (5 prime) strand and the other is the 3’ (3 prime) strand. This is decided by the number of the carbon atom in the first nucleotide of the strand to which the phosphate group is bonded, as shown in the diagram below. They are described as antiparallel strands.

The sugar-phosphate backbone runs down the outside of the molecule and the bases point inwards. Purine bases on one strand always line up with pyrimidine bases on the other. In DNA this means that adenine always pairs with thymine and guanine with cytosine. Hydrogen bonds form between the complementary base pairs – 2 hydrogen bonds between adenine and thymine, and 3 between guanine and cytosine. Ten base pairs give one complete turn of the double helix. The way the different bases fit together and the hydrogen bonds which form between them are key to the whole structure of this amazing molecule (click to view Genes and Inheritance page). 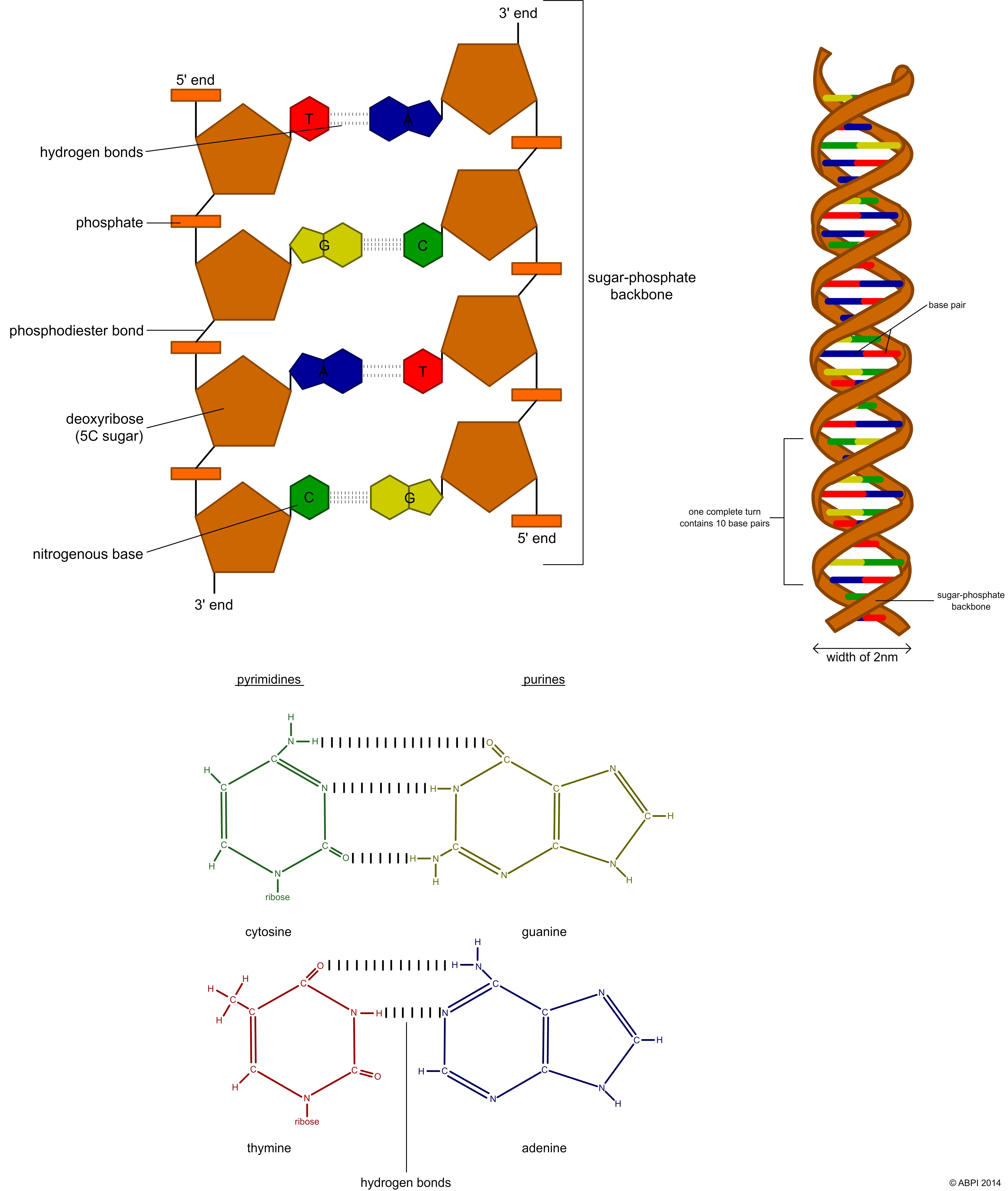 Make a model of the DNA double helix using unusual materials. Use your imagination or choose one of the suggestions below: