Around 18% of the human body is made of protein – second only in mass to water. Proteins are important in living organisms in many ways including:

Like carbohydrates and lipids, proteins include the elements carbon, hydrogen and oxygen but proteins also all contain nitrogen. Many proteins also contain sulfur and some include phosphorus and other elements.

Proteins are both macromolecules and polymers – they are built up of long chains of monomers called amino acids.

All amino acids have the same basic structure with an amino group (-NH2) and a carboxyl group (-COOH) attached to the same carbon atom, along with a hydrogen atom and a variable group often referred to as the R group. The carboxyl end is acidic and the amino end is basic (i.e. has the properties of a base, can accept a proton H+ ion) in nature so amino acids are amphoteric – they can act as acids or bases. The R group – see below – also affects the nature of the amino acid and has a big effect on the structure of proteins. 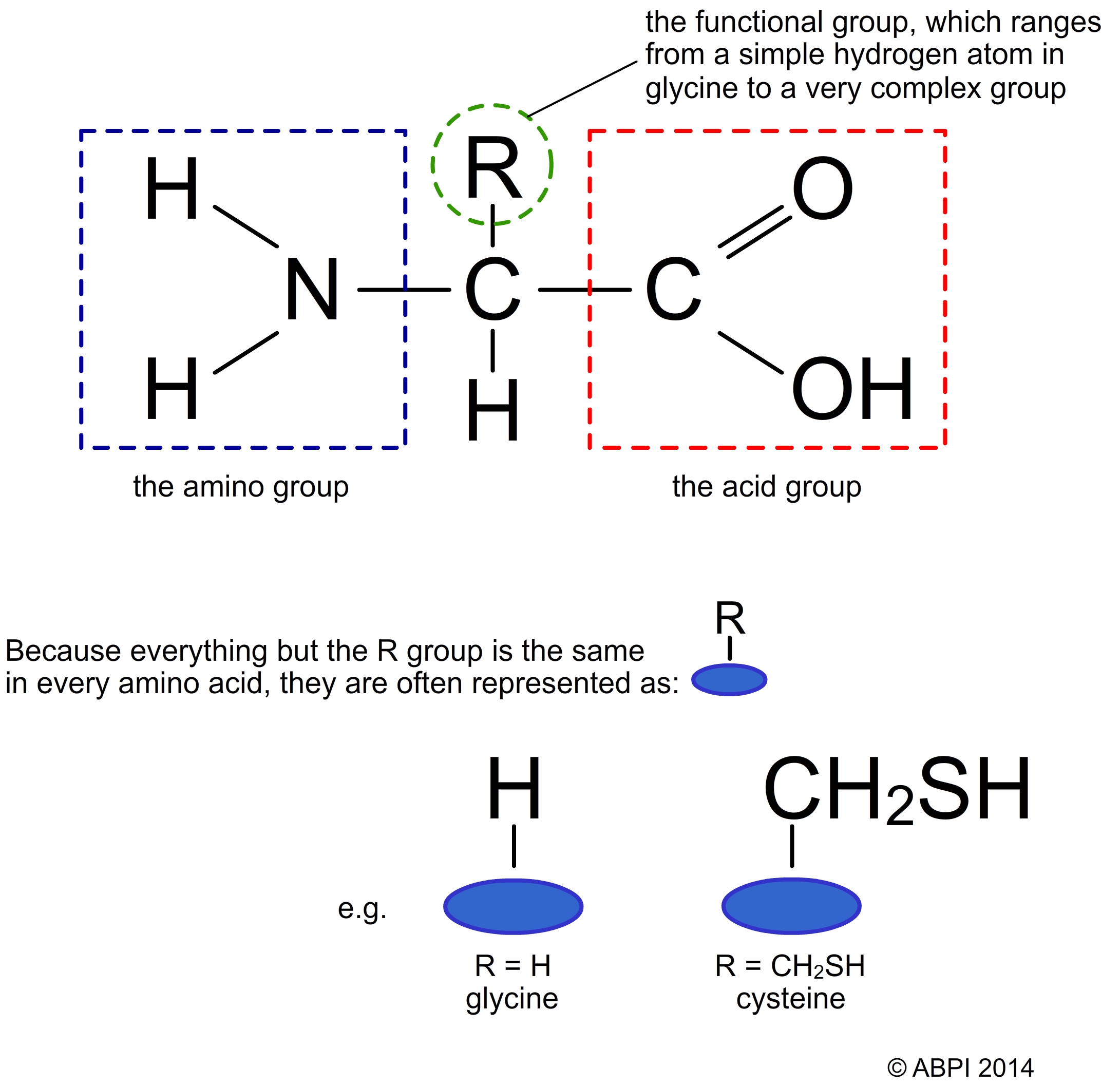 Structure of an amino acid

The formation of peptide bonds

Although the R group is important in the structure of proteins, it is ignored when considering how amino acids join together to form proteins.

Peptide bonds are broken in a hydrolysis reaction to release the amino acids.

Amino acids are joined together to form polypeptides and proteins by peptide bonds.