Biotechnology has been around for centuries as people have used microorganisms to make beer, wine, bread, yoghurts and cheeses. But since the beginning of the 20th century, the nature of biotechnology has changed dramatically.

One area of biotechnology which everyone has heard of is genetic engineering. We now have genetically modified organisms ranging from bacteria to cows and sheep which produce life-saving medicines including vaccines, insulin and blood-clotting factors. Genetically modified bacteria can even make the lung surfactant needed to save the life of a premature baby. Hundreds of thousands of people benefit from the chemicals these very special organisms produce. This baby girl, born unexpectedly early at 30 weeks, needed synthetic lung surfactant to help her breathe when she was born.
It saved her life - and she went home 5 weeks later

Recent developments include CRISPR-Cas9, a genome editing tool which is faster, cheaper and – most importantly – more accurate than our earlier techniques for modifying genes. This makes it easier to change the genome in cells with a mutation preventing them from carrying out their normal function. It also allows us to manipulate the genomes of bacteria more efficiently so they make chemicals we can use in human medicine.

These developments mean we are closer than ever to using gene editing to treat conditions from cancer and diabetes to high cholesterol levels. In 2017, scientists announced that they had treated a boy severely affected by sickle cell anaemia, genetically modifying his bone marrow and replacing it. For 15 months this modified bone marrow has replicated and made healthy red blood cells, allowing the boy to live a normal life without medication. If this continues, scientists will have developed a cure for a genetic condition which affects millions of people worldwide.

The polymerase chain reaction has enabled scientists to make large quantities of DNA from tiny samples. This in turn has made much of the most recent and exciting DNA technology possible. The ability to sequence the human genome, identifying genes and what they do, and DNA fingerprinting and its amazing role in solving crimes all depend for their success on the polymerase chain reaction. 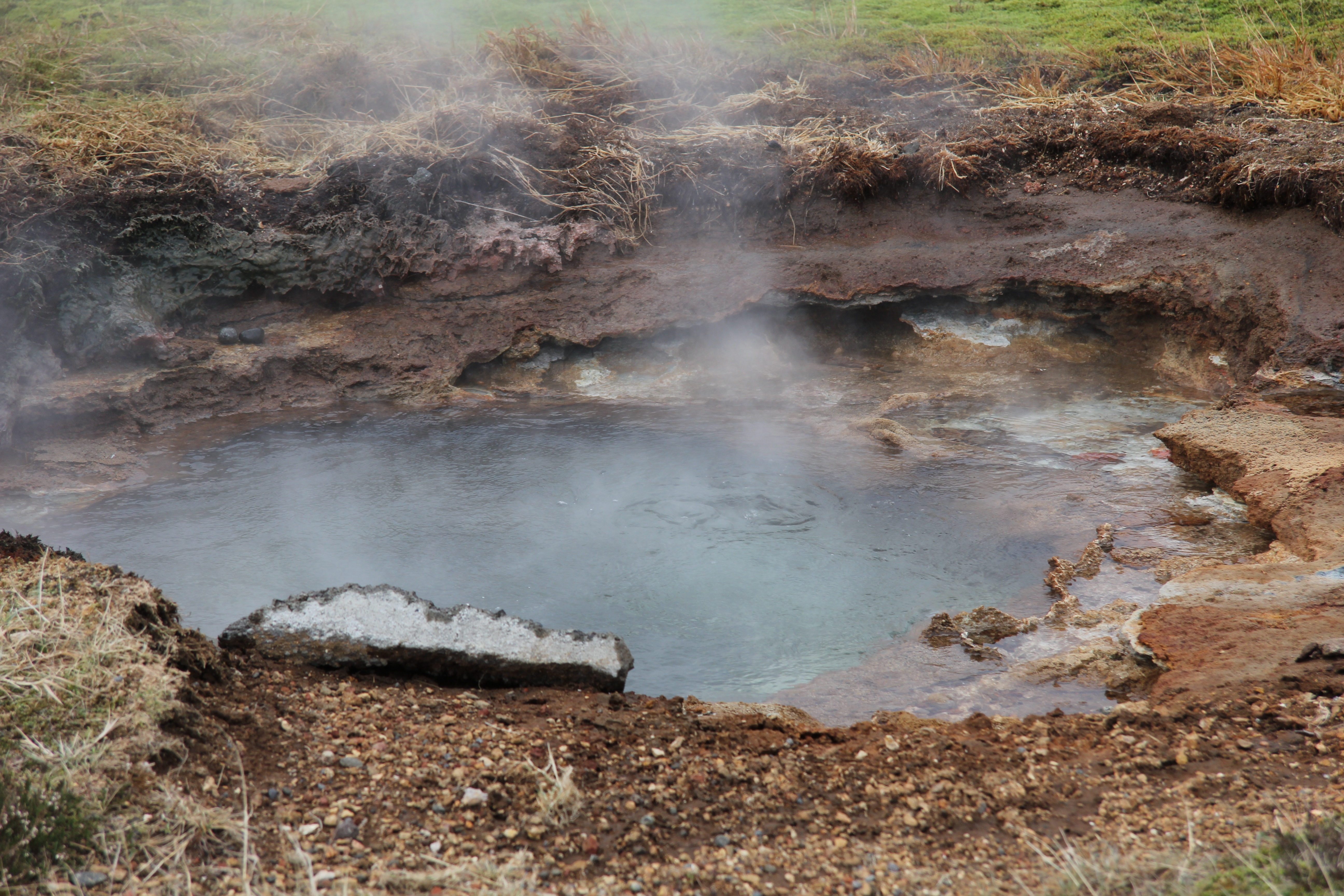 Amazingly, the polymerase chain reaction which underpins modern work on genomics
depends on enzymes which originated in extremophiles living in hot springs.

The Human Genome Project, which sequenced the whole of the human DNA for the first time, and the follow-up 1000 Genomes Project, have been massive international efforts of biotechnology. The 100,000 Genome Project is an English venture, sequencing 100,000 genomes from NHS patients with rare disease and their families, and patients with cancer. The results of all these projects help us understand the mechanisms of disease at a genetic level. They are also being used to develop personalised medicines which are designed to work effectively with individual genomes. Information from DNA sequencing helps us design very specifically targeted pharmaceutical molecules. These will provide better treatments which could probably be given at lower doses. What's more, these new medicines are likely to have relatively few side effects because they will work with our individual genetic makeup rather than against it.

Sequencing the DNA of the pathogens which cause infectious diseases is also opening up many new possibilities for effective therapies. Bacterial genomes can now be sequenced in under a day. This technology is already being used to identify strains of TB-causing bacteria and ensure the most effective antibiotic is used, as well as for tracking down the sources of hospital-acquired infections in premature babies. In the future, pathogen sequencing may change the way we tackle many infectious diseases.

Knowledge of the human genome is also making it easier to test for genetic diseases. Gene probes have been developed to test for known genetic disorders. What’s more, as our understanding of the human genome increases we are finding out more about our genetic tendency to develop diseases like cancer and heart disease. Diagnostic tests for mutations which give rise to conditions ranging from high blood cholesterol levels to cystic fibrosis have been developed, and many more are in the pipeline. This in turn will help us to make lifestyle plans to help us remain healthy – choosing our diets, our exercise levels and our jobs to make sure we avoid situations our genes are not well equipped to cope with.

Gene therapy is another area of medical biotechnology which is still in the early stages of development. The hope is that gene technology such as CRISPR-Cas9 will help scientists develop ways to correct mistakes in the DNA code which lead to genetic diseases such as severe combined immunodeficiency (SCID), Duchenne muscular dystrophy and cystic fibrosis.

Medicine also benefits from many sensitive tests which indicate the presence or absence of substances in body fluids. Biotechnological advances in the use of immobilised enzymes and monoclonal antibodies mean these tests have become increasingly rapid and accurate in recent years. A common example is a pregnancy test. It used to take weeks – now it can be done at home on the first day of a missed period and the results are ready in minutes!

Many of the new tests lead to either improved diagnosis, improved treatments – or both. Examples include:

Cloning – making genetically identical copies of an organism – is not new biotechnology. Gardeners and farmers have been cloning plants for centuries. The new developments which have caused much controversy involve the cloning of mammals, from sheep to pigs to humans. The technology holds out many exciting possibilities for producing herds of genetically modified animals making useful medicines in their milk. There is also the very real possibility of producing new tissues for transplantation which would not cause any rejection problems – because they would be cloned from the patient themselves. But there are some real concerns about the ethics of this work and society is still deciding what is the right way to go.

More controversial developments in biotechnology involve research into the use of stem cells. Embryonic stem cells are taken from the ball of cells which makes up the early human embryo. They have the potential to grow and develop into new tissues or organs to replace others which are worn out or diseased. The use of human embryos means that it is also, for some people, very controversial.

Another alternative is the use of stem cells taken from adults. They cannot form as many tissues as embryonic stem cells and are harder to find and grow, but there are fewer ethical issues about using them. This area of biotechnology is still at a very early stage but the potential for medical advances is enormous.

Scientists have even managed to create artificial mice embryos using two different types of stem cells – embryonic stem cells and the extra-embryonic trophoblast stem cells which form the placenta - within an artificial 3-D scaffolding. They grew the embryos for 14 days. The next challenge is the production of artificial human embryos, which may be used for research into why some early embryos fail to implant or result in early miscarriage. 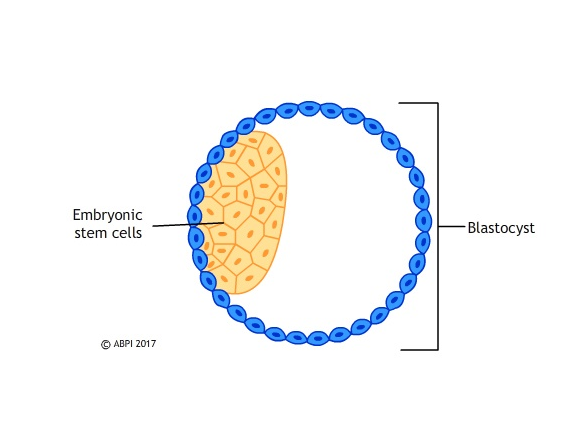 Nanotechnology involves particles or objects which are 1-100 nanometres in size (1 nm = 10-9 m). Nanoparticles have huge potential - the combination of nanoparticles with biological molecules is proving a very powerful technology in medicine, in agriculture and in food technology.

In medicine, nanotechnology is finding many uses in diagnostics – for example, gold nanoparticle tags can be attached to probes to identify sequences of DNA. They can be used to deliver drugs to target cells extremely efficiently and accurately. This reduces side effects and medicine wastage – and the nanoparticles are harmless to the body. There are also exciting developments using nanoparticles in tissue engineering, using them as scaffolding to encourage the growth of new tissues.

In agriculture, potential uses for nanotechnology include increasing the uptake of minerals or water from the soil by plants, diagnosing plant diseases, providing protection from pests and delivering medicines or vaccines to farm animals. And in the food industry, applications of nanotechnology ranging from flavour enhancement and food preservation to tests for contamination are being investigated and trialled right now.