Vaccination uses the natural responses of the immune system to protect us against dangerous diseases. In the primary immune response antibodies to a pathogen are produced by the plasma cells produced from the B effector cells. The primary immune response is very effective but it can take days or even weeks to become fully active against a particular pathogen and in the meantime we get ill and suffer the symptoms of disease. If we meet the pathogen again, however, we have a secondary immune response which is much faster. B memory cells are formed at the same time as B effector cells. They are very long-lived and enable the body to respond very rapidly to a second invasion by the same antigen. So once we have experienced a pathogen, we have immunity against that disease in future.

More detailed information about the immune system is available here. 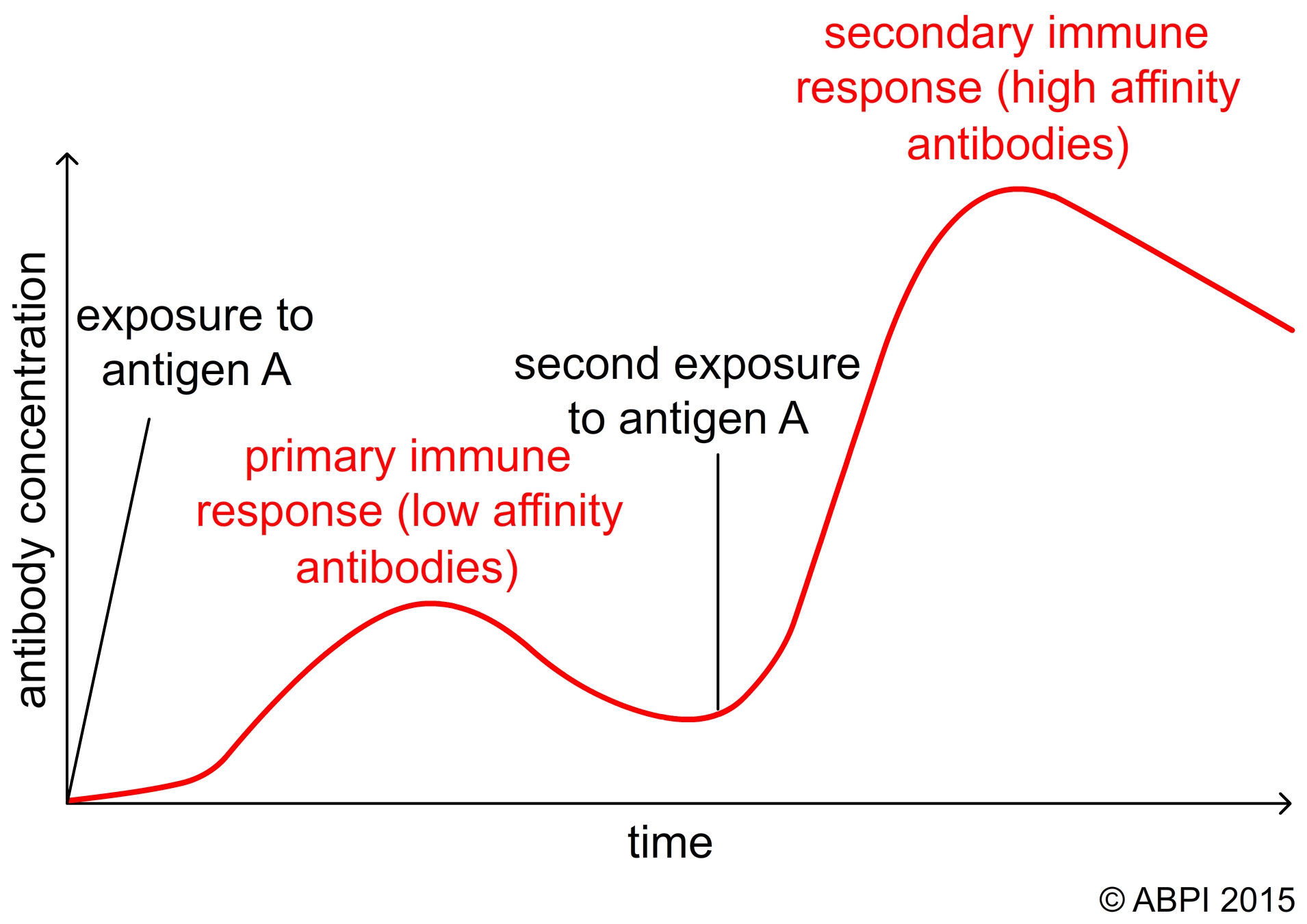 The primary and secondary responses of the body to infection 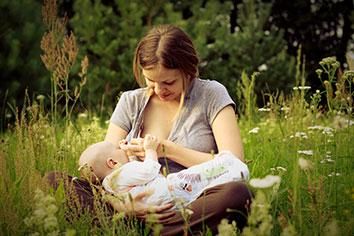 A mother gives her baby natural passive immunity through the placenta and her breast milk to help protect it against disease in the early months of life.
(Photo credit: Aurimas Mikalauskas)

Some diseases cause serious risk to individuals or populations. Rather than wait for people to become ill and then try to cure them, we can trigger the natural immune response artificially. We protect people from disease by exposing them to a vaccine. This is a pathogen that has been made non-infective without reducing its ability to act as an antigen. It may be a bacterial toxin with one or more chemical groups changed so it is no longer toxic. It may be inactivated viruses or dead bacteria or attenuated pathogens (viable but modified so they cannot cause disease). Increasingly, fragments of the outer coats of viruses and bacteria, or even DNA segments, are used as vaccines. The body produces antibodies and memory cells to the antigen and so is prepared with a rapid secondary response if it meets the live pathogen. Vaccination or immunisation is the procedure by which we produce active immunity in people through an artificial stimulus.

Immunisation protects individuals against potentially damaging or fatal diseases, but it is also used to eradicate, eliminate or control diseases that cause large numbers of deaths, disabilities or illnesses within a society.

Herd immunity protects the very young, the very old and those affected by other diseases who cannot cope with vaccinations. 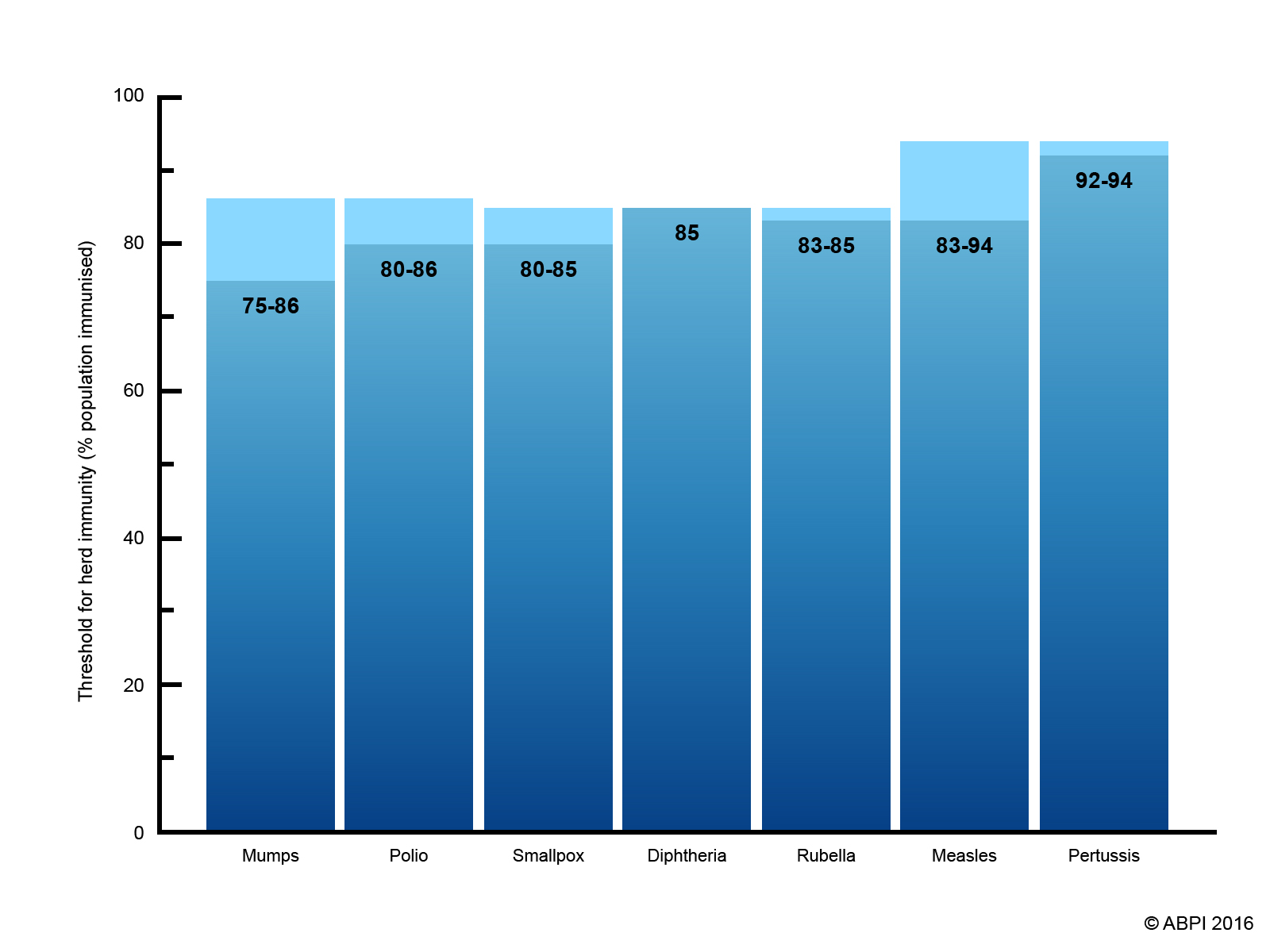 The percentage of the population that needs to be vaccinated to give herd immunity depends on factors such as how the disease is spread and how infectious it is.

Some diseases such as diphtheria, tetanus, polio, strains of meningitis and pertussis are so potentially serious that all children in the UK (and many other countries) are offered vaccines against them. This gives herd immunity to the whole population. For other diseases such as ‘flu, only vulnerable people are vaccinated as routine, but if there is a serious outbreak of disease the whole population is offered vaccination to provide herd immunity.

Vaccine hesitancy is defined by the World Health Organisation (WHO) as, ‘the reluctance or refusal to vaccinate despite the availability of vaccines’. Vaccine hesitancy is a complex societal issue that varies in different countries and communities. It is influenced by complacency, convenience, and confidence, and has been reported in more than 90% of countries around the world (1).

Vaccines are often described as victims of their own success. As many people do not experience regular and devastating disease outbreaks, they do not think that vaccination is necessary anymore. However, it is not luck that many countries, like the UK, no longer experience outbreaks of dangerous diseases. Vaccines, alongside other interventions, have protected so many people that it is easy to believe we are no longer at risk. If people stop vaccinating because they do not believe they, or their children, are at risk, the disease has a chance to return. 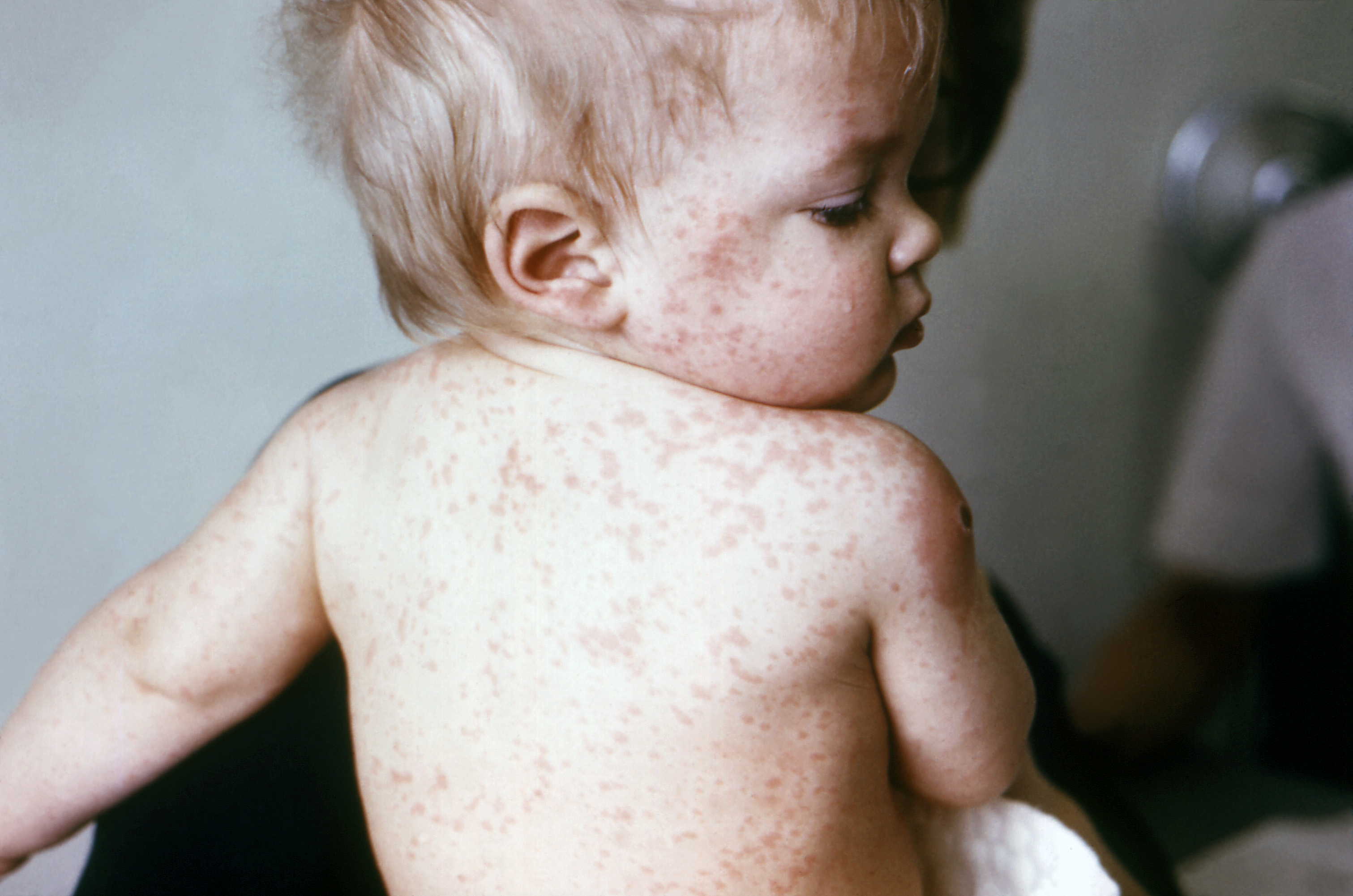 Measles symptoms include a hacking cough, a fever, and red spots with bluish centres. Complications of measles infections can include making you more vulnerable to other infections by wiping out your built-up antibodies (2), encephalitis (swelling of the brain) and pneumonia (3). (stock image) 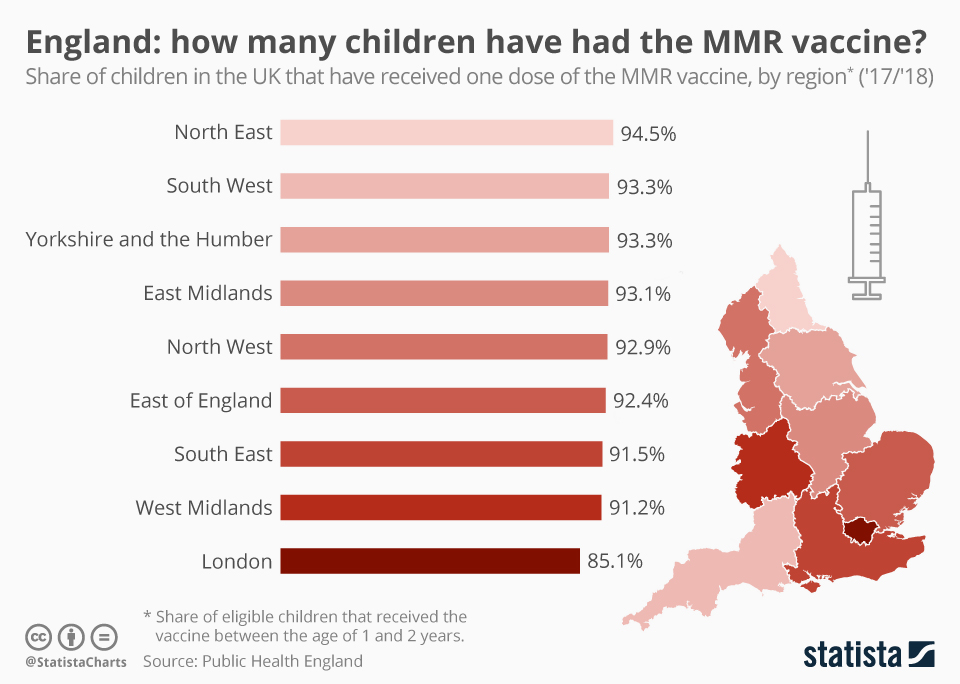 In 2000, measles was declared eradicated in the US. In April 2019, the US reported 695 confirmed measles cases since the start of the year. This was, in part, a result of the spread of misinformation about the safety of vaccines leading to a reduced uptake in some communities, allowing the disease to take hold and spread.

Although numerous studies have demonstrated there is no link between developing Autism and the MMR (measles, mumps, and rubella vaccine,) the myth that vaccines can cause autism is still around and causing damage. The European Centre for Disease Prevention and Control has said that to eradicate measles, the vaccinate rate needs to be at 95%. This graph demonstrates that vaccination rates in England (2017 – 2018) are not at the level they need to be 4. Figure: Public Health England

For herd immunity to work, a certain proportion of the community must be vaccinated, dependent on the characteristics of the disease (e.g. how easily it spreads). Whilst most parents do vaccinate, the effects of even a slight decrease in vaccination rates for highly infectious diseases can result in outbreaks. When people choose to not vaccinate their children, they not only put their own children at risk, but other people as well. There are still many reasons that children around the world cannot get vaccinated, even if they wish to be. Access to healthcare, the availability of appointments and the need for parents to take time off work to take their children to be vaccinated, language barriers, problems with vaccine supply and demand, to name a few.

Vaccination can play an important part in controlling and even eradicating endemic diseases. An endemic disease is one where the disease, or the pathogen, is always present in an environment (eg chicken pox in UK school children, tuberculosis in the Indian sub-continent and malaria in regions of Africa).

Smallpox is an example of a once deadly disease that no longer exists, thanks at least in part to vaccination. Polio is another disease, once endemic across the world, which now only exists in a tiny number of countries. Polio vaccination programmes are playing an important part in the control of this disease.

EITHER: Investigate the role of vaccines in the eradication of smallpox. Present your findings, making them accessible and interesting to the widest possible audience whilst retaining scientific rigour.

OR Investigate the attempts to rid the world of polio using vaccines. Present your findings, making them accessible and interesting to the widest possible audience whilst retaining scientific rigour.