Remember that energy is released when bonding occurs. This means it is much more energetically favourable to form four bonds as opposed to two.

In Carbon, the 2s and 2p orbitals are close in energy. Therefore, only a little energy is required to promote an electron from the 2s to a 2p orbital. The energy released from forming the 4 bonds more than makes up for the energy required for promotion.

Before bonding occurs, the four unpaired electrons become equivalent through a process called hybridisation. That is, the four electrons rearrange into four energetically equivalent hybrid orbitals called sp3 orbitals. They are called this as one s-orbital and three p-orbitals were required for their formation.

Due to electron-electron repulsion the four hybrid orbitals, which look like half-dumbbells, rearrange themselves in space to maximise the distance between each other, giving a triangle based pyramid or “tetrahedron” structure. The resulting angle between orbitals is 109.5°. 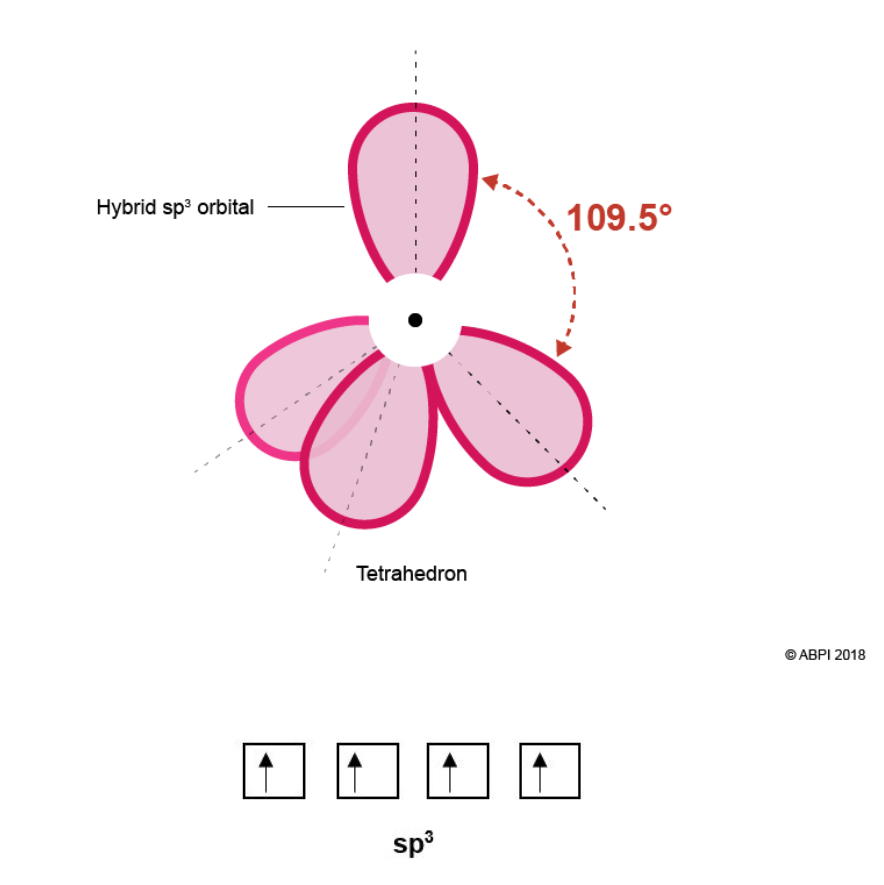 Four Hydrogen atoms bond with Carbon to give methane. Hydrogen’s spherical 1s orbital merges with one of Carbon’s sp3 orbitals to form a new molecular bonding orbital with Hydrogen’s nucleus embedded in it. The bond produced from the overlap of the two atomic orbitals is called a sigma bond (σ-bond). Two electrons are shared within the σ-bond. 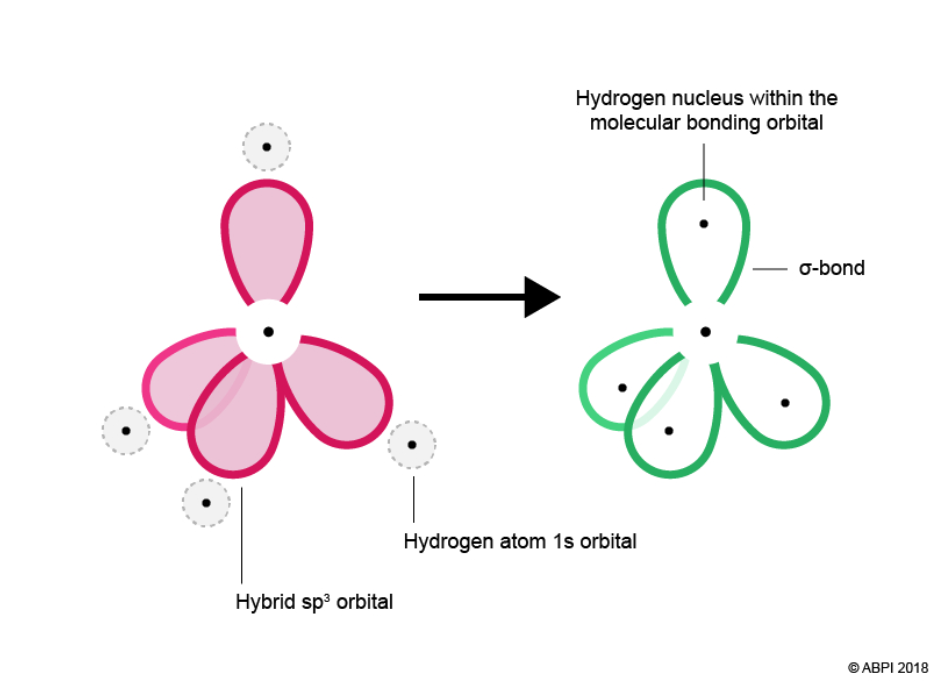