In a triple bond six electrons are shared. Let’s consider ethyne, C2H2, as an example. 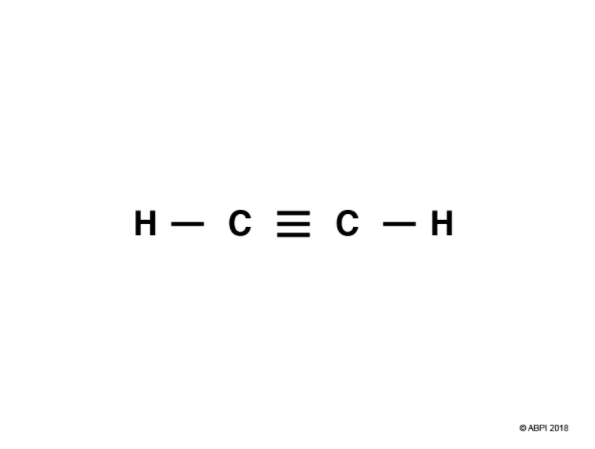 Each Carbon in ethyne has four bonds so, as before with ethane and ethene, one of Carbon’s 2s electrons is promoted to a 2p orbital. 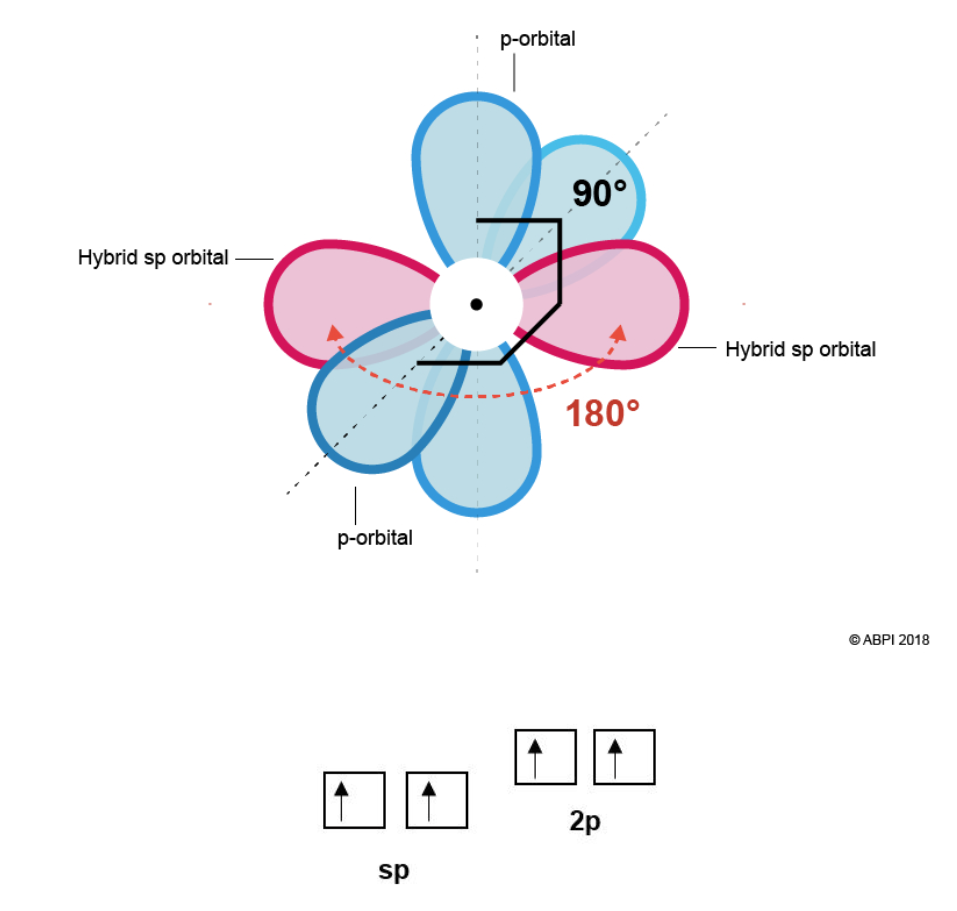 Sigma bonds form by the merging or end-to-end overlap of atomic orbitals, with resulting bonds containing a bonding pair of electrons. Two σ-bonds are formed – one between Hydrogen’s 1s orbital and Carbon’s sp hybrid orbital and the other between each of the Carbon’s sp orbitals. 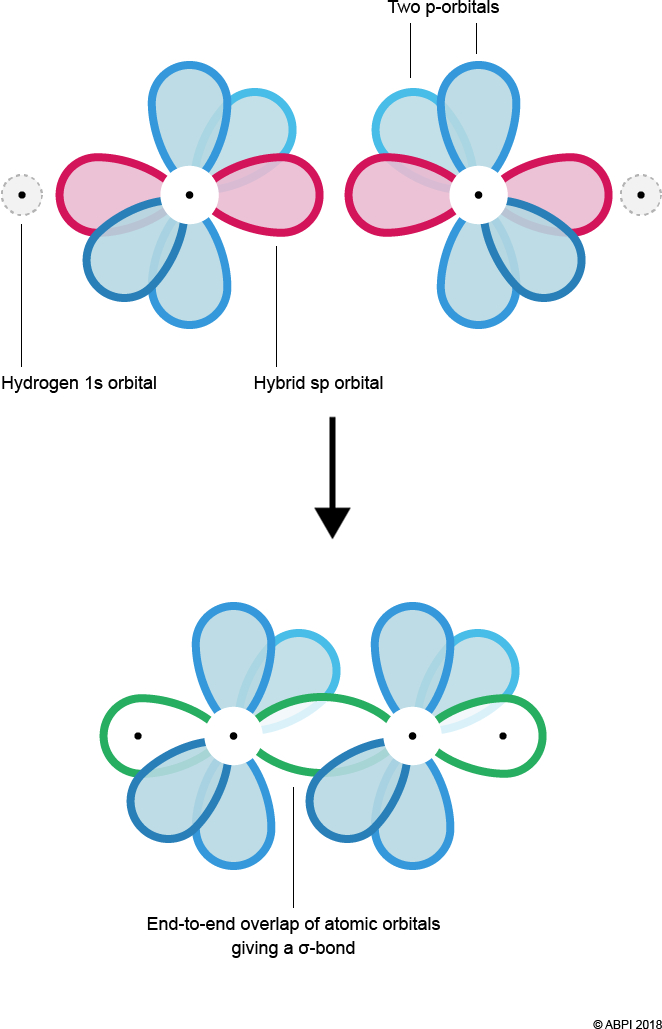 As seen before with ethene, the remaining p-orbitals cannot undergo end-to-end overlap, however they are in close enough proximity to overlap sideways. This creates 2 π-bonds. 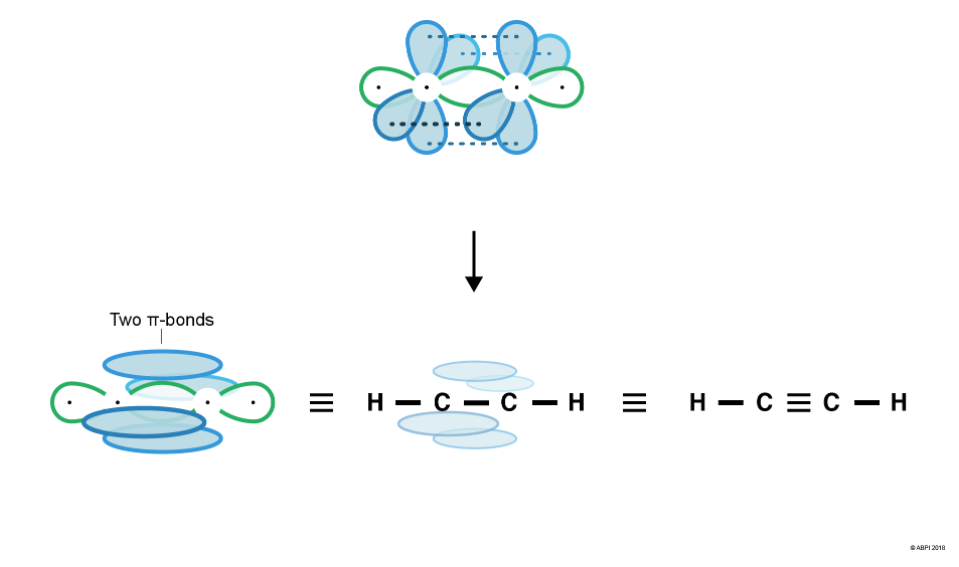 For a π-bond to exist, the p-orbitals of each Carbon must be aligned. Therefore, there is no rotation around the Carbon-Carbon triple bond as this would break the π-bond.