Transgenic plants – food for the future

Have you ever been told to eat more carrots so that you’ll be able to see in the dark? Whilst not strictly correct, this is based on scientific fact: carrots contain lots of beta-carotene, which is a vitamin A precursor. Vitamin A is required to maintain good eyesight, and also for the immune system to function properly: a person with vitamin A deficiency (VAD) can become blind, and can also easily die from an infection.

The best way to ensure you have no vitamin deficiencies is to eat a varied diet, but this can be impossible for people living in poor countries. Those without access to a variety of different foods can stay healthy if they eat a nutrient-dense staple crop; unfortunately for those who rely on rice for a major part of their diet, it contains very little vitamin A or vitamin A precursor in the edible parts of the grain. VAD compromises the immune system of 40% of children under the age of five in the developing world. So many lives could be saved if rice could be genetically engineered to contain more vitamin A in its edible parts.

The answer, perhaps, is Golden Rice – ordinary rice that has been genetically engineered to contain a vitamin A precursor. Developed as a humanitarian aid, it has nevertheless received much opposition from environmental and anti-globalisation activists who are determined to stop it becoming available to those who would benefit from it.

Golden Rice got its name from its colour: the beta-carotene that it contains gives it a distinctly orange hue. Beta-carotene is also the reason that carrots are orange: in fact, most carrots we see today are orange because they were selectively bred in the 17th century to honour the Royal Dutch House of Orange – before then, most were white or purple, like some in the picture below. 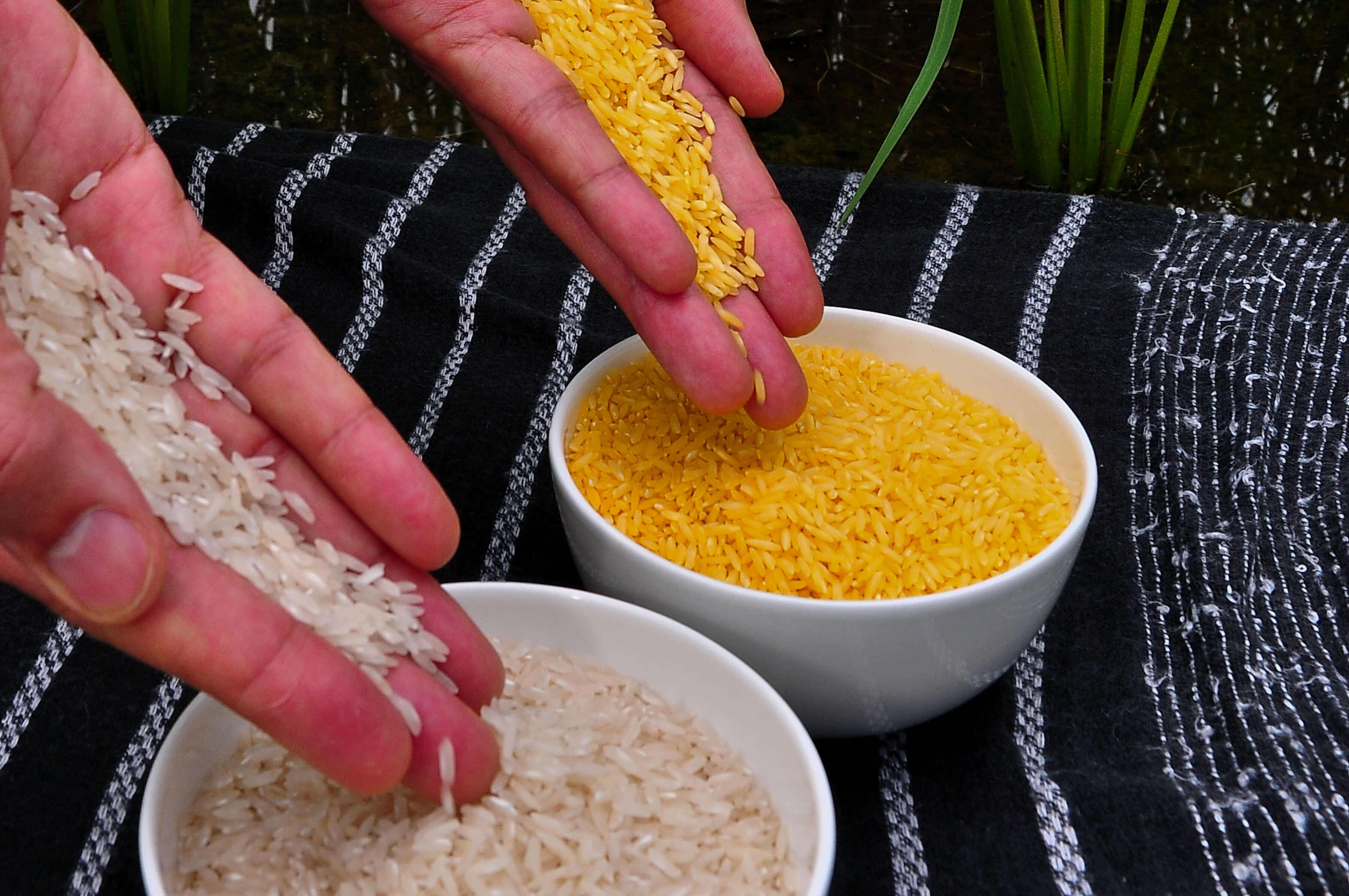 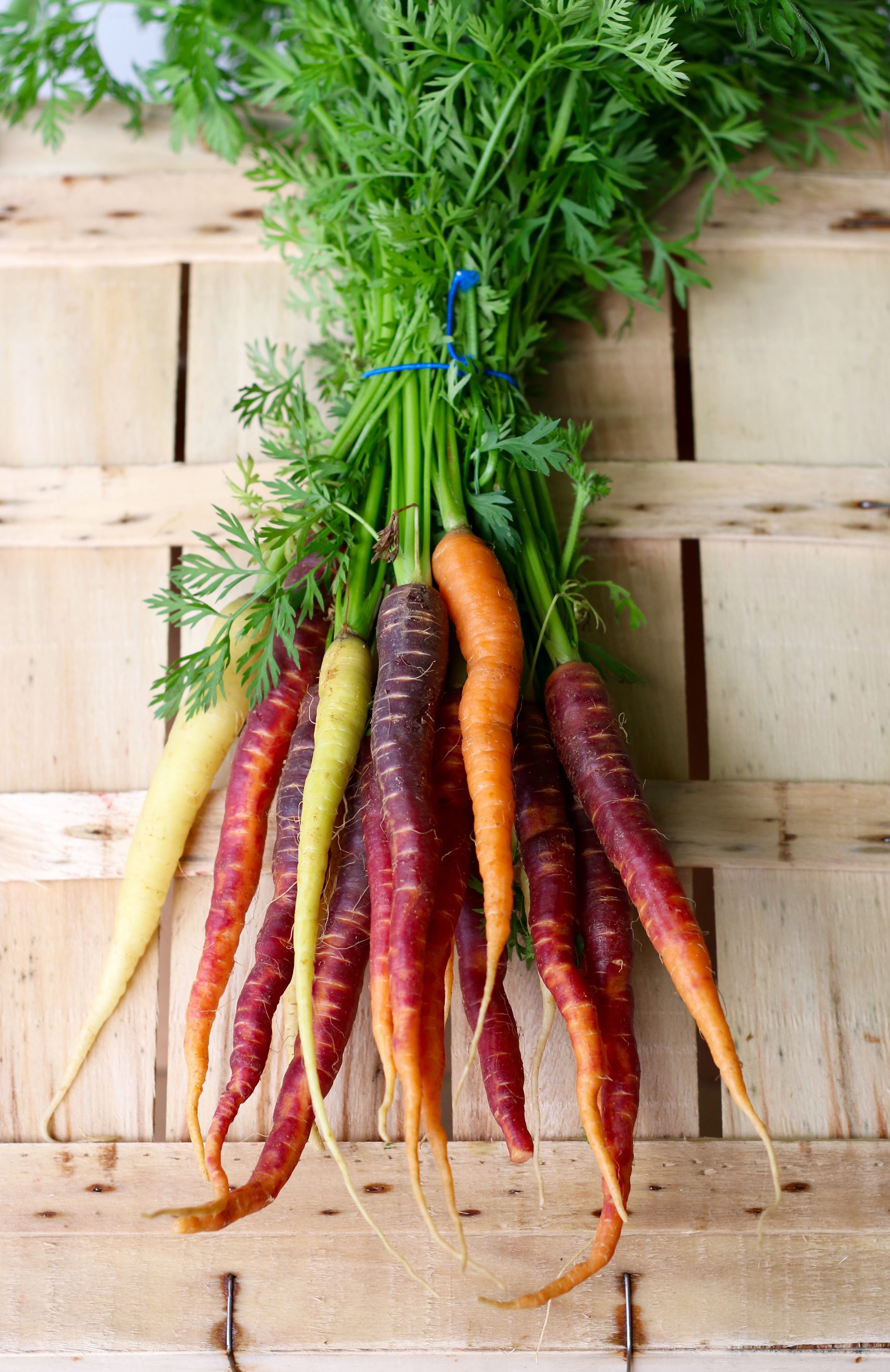 Golden Rice wouldn’t be the first commonly consumed substance to contain an added compound to keep people healthy: fluoride is added to water in some parts of the UK where it is in low concentrations, as it strengthens tooth enamel and therefore prevents tooth decay. Both Golden Rice and fluoridated water are a way of easily supplying the nutrients needed to keep healthy in a substance that is used every day – but fluoride is not required for survival, whilst vitamin A is. If a viable, high yielding strain can be delivered, farmers will also still be able to choose whether or not to grow and eat Golden Rice. It will be the same price for them to buy as normal rice, as long as they earn less than $10,000 a year from farming.

Despite the potential benefits, scientists must make sure they fully understand and address all the issues and risks of Golden Rice before it is made available to the public. The Golden Rice first created was a modification of the Japonica variety because a lot is already known about its genetic make-up, but it’s the Indica varieties that are grown and eaten in South and Southeast Asia, the areas of the world most affected by VAD. Teams in India, Vietnam and the Philippines are trialling different strains of Indica rice engineered to yield high levels of beta-carotene.

Beta-carotene breaks down over time, and little research has been done to see how well it will be preserved if Golden Rice is stored in the normal conditions used by farmers in VAD-affected countries. Furthermore, the amount of vitamin A that can be extracted from an ordinary helping of Golden Rice by the human body is disputed. It is known that vitamin A is much better absorbed by the digestive system if fat is eaten at the same time, but those who cannot afford foodstuffs containing vitamin A cannot afford to buy fat to eat either.

However, most of the work done since the original development of Golden Rice suggests that it would indeed have a major positive health benefit, if high-yielding strains acceptable to the population can be developed. In 2015 the Golden Rice Project received the Patents for Humanity prize from the US Government. In 2016, more than 100 Nobel laureates signed a petition asking the lobbying organisation Greenpeace to end its opposition to genetically modified organisms (GMOs) such as Golden Rice. It is hoped that in the very near future, golden rice and other nutritionally enhanced crops will be made available to farmers in the countries where they are most needed. You can read more about the battle by the Nobel laureates to overcome resistance to genetically modified crops here.